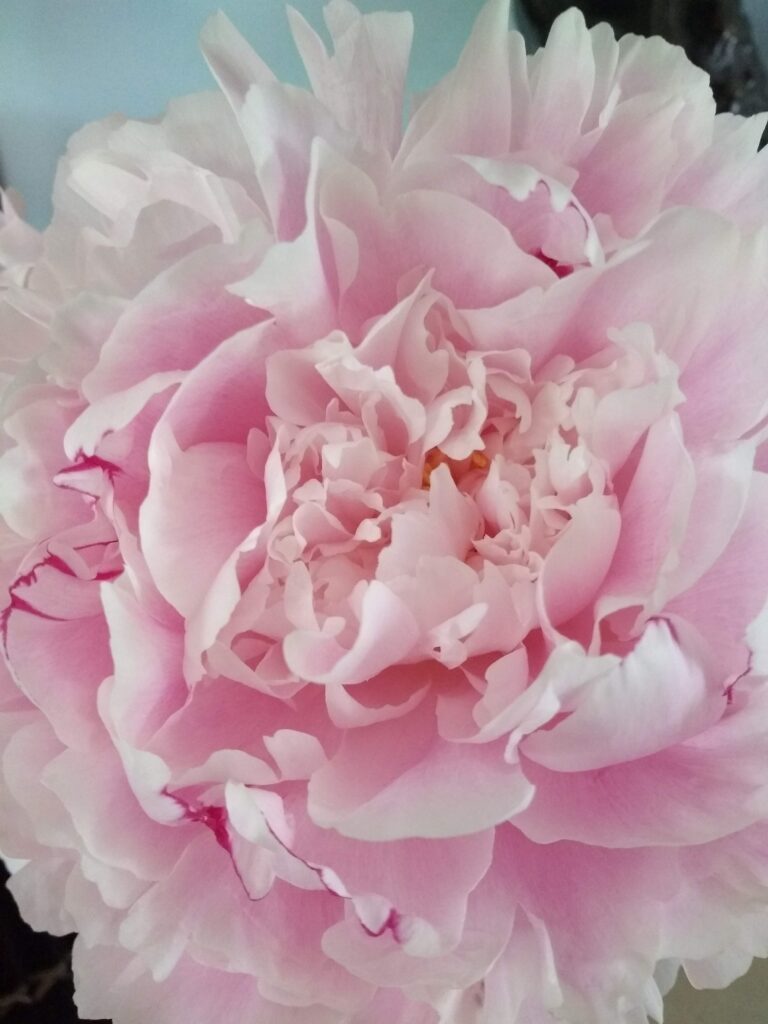 Last summer was the lockdown summer of 2020.

Reflecting back on last summer, it was a flower that inspired me to connect in another way with my Virtueberry supporters and fans, before the blog came back to life.

I wanted to give a special thanks to this flower. This post is dedicated to the Queen of Flowers-the peony!

Historically, the peony has its petals deep in folklore.

Yes, there are many flowers that have a deep history, rooted in symbolism, like the lotus flower. However, the peony flower is unique, as it is known as the Queen of Flowers.

Years ago, a dear friend from China explained how her city, the ancient Luoyang, is known as "The City of Peonies" (ShenYunShop.com).

During one of their past cultural periods, the Tang Dynasty, claimed that the peony become a symbol of "staying strong and righteous in the face of great hardship, and taking the 'right way' even if it’s not the easiest way".

How did that happen?

According to ancient Chinese folklore, there was a corrupt Empress who decided that winter without flowers was too much to go without. So, she demanded that all flowers bloom in the winter.

Yes, flower fairies existed in ancient China too. They were the guardians of the flowers. However, they were susceptible to letting the Empress's plans materialize at this point in time.

99% of her wish came true, with the flowers having bloomed during winter. She later learned about the other 1%-the peonies-having bloomed in the springtime, despite her plans.

The Empress was outraged at their comeback, and so she ordered for all the peony flowers to be burned, to get rid of them for good.

But that did not stop the peonies from blooming again the following spring in Luoyang.

The flower fairies were impressed how "the brave peonies continued to follow the course of nature" despite its hardship, and named them the Queen of Flowers.

And this is how the peony become a symbol of "staying strong and righteous in the face of great hardship, and taking the “right way” even if it’s not the easiest way".

You can read this story on Shen Yun Shop's blog here. Shen Yun actually choreographed a dance in the past, based on the peony flower history and called it Flower Fairies.

The peony flower is certainly one of many gifts that nature has to offer.

Directly and indirectly, Virtueberry would certainly not exist with the help of such amazing gifts from nature.

Hope you enjoyed this article. 💕

What is your experience with peonies?